Hello everyone, if you’re not already following my twitter, then you probably didn’t know that I will try having blog posts go live around 12pm EST/5pm GMT on the usual Sunday/Wednesday/Saturday schedule. If you don’t see a blog post around that time, expect one no later than 3pm EST.

Hi, my friends! Nice to meet you all, hope you’re all having a wonderful Sunday/Monday depending on where you are in the world. Today, I want to talk about an Anime many of you know well, Chuunibyou demo Koi ga Shitai!

Oddly enough, I actually enjoyed the second season more than the first, mainly because I felt like it had a really good story to it. I’ve always been a sucker for drama too, which the second season had a lot of.

But I am not here to talk about the second season today. I’m here to tell you about the first season and why (if you haven’t already seen it) you should watch it. Now, let’s get on with the review!

Story: 8/10
What we have here is a typical story executed in a wonderfully original way. KyoAni blends the comedic and dramatic into a nostalgic exploration of adolescence topped with their particular charm. I found myself laughing, cringing, and tearing up multiple times throughout. It’s an emotional roller-coaster, yet I feel it manages to avoid the realm of melodrama by contrasting drama with gags. It does what Toradora failed to do for me. That said, I feel the show could have used one or two more episodes to ease into the drama. The shift comes fairly quick, but really, it wasn’t much issue.

Overall, it’s a nice balance. Juxtaposing comedy and drama–blending reality and fantasy serves as an astute parallel to the theme of escapism and develops a touching story about growing up and the ambivalence toward leaving our younger selves behind.

Art: 8/10
Beautiful. The animation is absolutely fantastic. Action scenes are dynamic and larger-than-life. More relaxed scenes are nuanced and fluid. Character designs are seriously cute (even the guys). The atmosphere is used very well to complement scenes, whether it be a tender moment under a bridge or a restless heart trying to fall asleep. The only thing that knocks off a point is the occasional usage of fairly awkward-looking 3DCG. On top of a detailed background, it sticks out like a sore thumb.

Sound: 8/10
This is really just a matter of taste. I liked the opening much more than the ending. BGM was sweet and melancholic and complements scenes well. During romantic scenes, there are insert-songs which I thought were a little unnecessary.

Characters: 9/10
KyoAni has turned up the moe to 11 with Chuunibyou, and even the “anti-moe” Nibutani has her own appeal. That aside, every character’s motivations are believable. Their interactions are dynamic and the source of both silly comedy and powerful drama. It’s also nice to see an MC who isn’t completely clueless when it comes to romance. That said, he still isn’t an expert.

Conclusion!
Overall, I thought this was a really fun Anime in general. It’s a really good time killer or something that can be watched if you have the free time. It’s a definite would recommend. 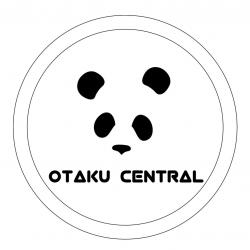