Seitokai, is honestly, probably my most favourite comedy. It features a lot of very funny adult jokes and has provided me with countless laughs. Seitokai ran for a total of 13 episodes and is labelled as a Comedy, School, Shounen, and Slice of Life. Luckily for you, this also has a second season.

Shiki, was probably one of my favourite horror shows for 2010. I thought the show offered a really interesting storyline, even more so since many Anime nowadays don’t feature vampires as one of the main driving force. It is also probably one of the better vampire Anime out there. Shiki ran for a total of 22 episodes and is classified as a Mystery, Horror, Supernatural, Thriller, and Vampire. 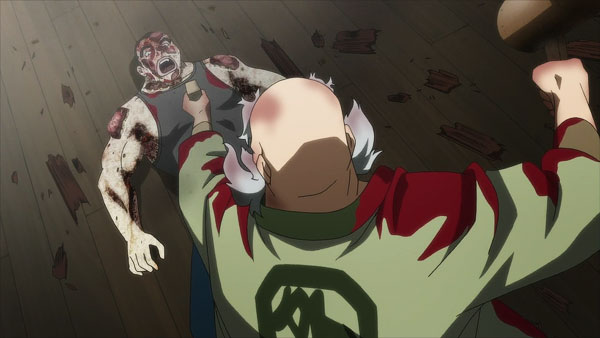 YES, THAT’S RIGHT! I watch Black Butler! I am not afraid to admit that. If you’re like me and have watched the entirety of Black Butler, then you know Black Butler II is a continuation of what was established during the first season. The series that is Black Butler, will always be an Anime I recommend. Black Butler runs for a total of 12 episodes and is labelled as an Action, Comedy, Historical, Demons, Supernatural, Fantasy, and Shounen.

In fourth place, you have Sengoku Basara. Yes, Sengoku. I marathoned the entirety of the series in a week and a half and regardless of its HUGE plot holes, I still enjoyed it because I thought the action scenes were awesome. That is something that shines whenever you watch a season of Sengoku, you notice that the studio pays a lot of attention to its fight scenes. The second season of Sengoku ran for a total of 12 episodes and is classified as an Action, Historical, Martial Arts, Samurai, and Super Power.

Last, but not certainly not least, we have Nurarihyon no Mago. Some of you, which may be fans of the Anime may be asking yourself “Why isn’t this higher?” well, it’s actually because I thought Sengoku’s fight scenes were a lot cooler and because I loved the openings to Sengoku. Despite all that Nurarihyon no Mago is a solid Anime, as well as one that is very entertaining. The Anime ran for a total of 24 episodes and is classified as an Action, Demons, Shounen, and Supernatural.

These were my picks, what are yours?