Hullo, hullo and welcome to the fourth installment of “Past to Present” the blog series where I tell you my favourite Anime for that particular season for that year. Today, we’re going to be talking about Winter 2010; which shall also be the second-to-last 2010 season review! Let’s get on with it.

For this season, I think Katanagatari, is my favourite Anime. The art style is rather unique and creates for really interesting and stunning visuals. Add that to a pretty well made and written story and I think you’ve got yourself a hit! Katanagatari runs for 12 episodes and is labelled as an Action, Adventure, Historical, Martial Arts, and Romance. 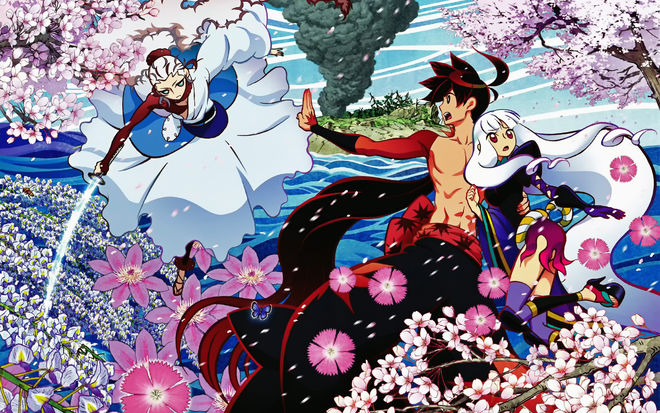 Coming in at number two on today’s list is Durarararararara – an Anime highly regarded by a lot of people as one of the highlights to 2010. I love Durararara for its fight scenes I thought they were pretty cool, I also loved this Anime for its openings, I do believe that Durararara in its entirety plays the best songs for its openings. Durararara aired for a total of 24 episodes and is labelled as an Action, Mystery, and Supernatural.

The end to a beautiful series, Nodame Cantabile. If you haven’t seen this Anime before then I highly recommend that you watch all the seasons to it. I definitely would consider it an Anime that you should at least watch once. Nodame Cantabile, runs for a total of 11 episodes and is labelled as a Comedy, Josei, Music, and Romance.

To top my list off today, I shall introduce to you a slice of life! Hanamaru Youchien is an Anime I have already done a blog for way back when. So I personally really like it, but I also recognize that it may not be for everyone. It’s about kindergarteners exploring their school and going on adventures, something a slice of life does. Hanamaru Youchien runs for a total of 12 episodes and his labelled as a Slice of Life, Comedy, and Seinen.

These were my picks, what are yours?