Something that is concerning me just a little bit is the inconsistences of Tatsuya’s character design. Maybe that’s just me being unnecessarily picky about character design. It is also me being inconsiderate to the whole world crisis we’re currently in, which without a doubt, contributed the varying character designs between scenes. While they’re I guess ‘minor’ differences, it’s enough to ruin my emersion simply because I consider Mahouka Koukou no Rettousei as a favourite anime of mine.

Those inconsistences I will probably continue to address if this sort of thing persists throughout the remaining 10 episodes that I have yet to watch/air. Which stinks for me, because as someone who is invested in this anime. I want to experience it and enjoy it, not pick it apart because of minor things. But alas, high expectations is the cause of death for highly anticipated sequels to very popular anime.

Apart from my gripe, we got to see Tatsuya finally ‘confront’ the so-called “Vampire” and Lina in her “Angie Sirius” persona. While the confrontation was very short and quick, it showcased Tatsuya’s god-tier power which is operating at only 25%. Immediately annulling both Lina’s and the Vampire’s magical sequences which were aimed at himself and/or Erika and Mikihiko, who also encountered them.

We also see Maya (Yotsuba), current head of the Yotsuba Clan, play a larger role in the anime. Which I am all for. We still do not know much about the clan itself as it’s one shrouded in mystery, something I love. But when Tatsuya asked his Aunt about the ‘Kudou Family’s Parade spell’ and how it worked, she skillfully avoided the question and instead, found great intrigue. It made it seem as though she knew a fair bit about it.

When you have the Head of the Yotsuba Clan, widely regarded as “one of the two most influential and strongest houses”, head of the clan that ” is gradually becoming too powerful, even among the powerful Ten Master Clans”. Gives you that creepy smile that only widens with intrigue when asked about was looks to be a very strong ability. Then you know, that she knows a lot more than what is commonly known about said spell.

I would also like to mention, on the opposite side of Tatsuya’s subpar character design, we have close ups of Miyuki. Which are absolutely STUNNING.

Now jumping to something else, as you can tell, I’m all over the place in today’s blog; something that is generally the case with these episode reviews. I type out whatever comes to mind. If it doesn’t make sense, if my writing skills are subpar than it is what it is, I type out my thoughts as they come. They’ll make sense to me, even if they do not make sense to you. But anyway, the final part of episode 3 was so cool. Once again Tatsuya confronts Lina under her “Angie Sirius” persona and the Vampire. Not only did it look like Tatsuya incapacitate the Vampire with one magical bullet, but he erased Lina’s bullet she’s used to ‘get rid’ of other criminals and removed I guess the ‘magical cloak’ provided by the mask she wore to hide her identity. He did this all with three clicks from his CAD. The whole sequence itself was so epic. I loved it. 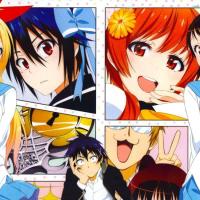