episode eight thoughts Who would have thought that both Konomi and Akane would have been given so much screen time. I feel like as the episodes progressed, they’ve been given […]

Episode three thoughts Insert Rika Kawai an interesting character. She seems to be someone who is carefree, she has a tomboy-esk vibe, and seems to be very full of herself. […] 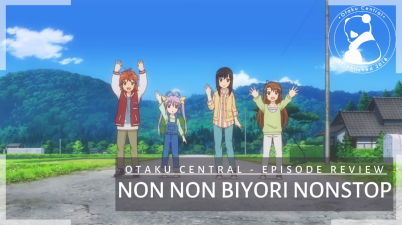 Episode six & seven thoughts I love how most if not all of their emotions can be shown through their facial expressions. There’s something about it that cracks me up, […] 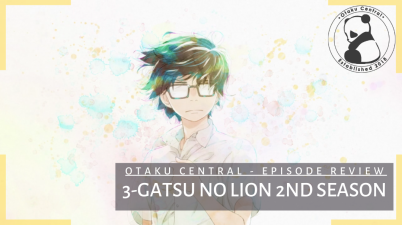 Yup, it’s back. I was scrolling through my list on MAL, thinking to myself “What do I really want to watch?” and 3-gatsu no Lion 2nd Season stuck out at […]

episode eight thoughts This is probably just me, but I find that Remi Ayasaki is a little annoying. It’s probably because of her voice, nothing against the voice actor of […]

Episode Four & FIVE Thoughts Episode four the most segmented episode by far, as there were three different experienced experienced by our beloved Renge. Was that something I disliked? Not […]

It is time! My overall first impressions on the anime, Non Non Biyori Nonstop. What did I expect from the third installment in the Non Non Biyori series? As a […]

ALRIGHT. I’ve finally completed the anime, sorry it took awhile. Adachi to Shimamura has been a mixed bag. Some good and some bad, overall my experience and enjoyment of the […]

I enjoy playing catch up, it’s always fun. Now that I am here and ready to go, it’s time to binge Non Non Biyori Nonstop. Let’s get ready for a […]

Adachi to Shimamura | Episode 11 and 12 Review

Episode Eleven & TWELVE Thoughts From Adachi’s point of view, it felt as if the two (herself and Shimamura) had broken up. You know that feeling of ‘something is missing’, […]