Medaka Box Abnormal is the sequel to Medaka Box, so if you haven’t watched that, don’t bother with this anime. As a proper sequel, it picks up where the first […] 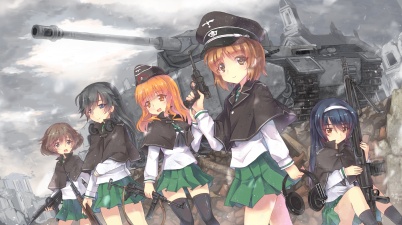 Tank drivin’ girls. Period. I think the one thing I like about Japan and their anime industry is that they come up with the weirdest concepts ever and they somehow […]

Little Busters! | My take from it

At first glance, there is one startling difference in Key’s latest adaptation. It is not animated by Kyoto Animation, the studio responsible for handling the majority of Key adaptations. Instead, […] 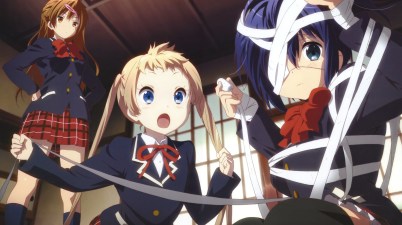 Chuunibyou demo Koi ga Shitai! (Regardless of My Adolescent Delusions of Grandeur, I Want a Date!) is an anime series based on the novel of the same name that is […]

JoJo no Kimyou na Bouken (TV) | Can you believe this aired almost 6 years ago?

Can you believe that JoJo’s Bizarre Adventure first aired in 2012? WHAT. Man has time flied, I remember when it first started airing and the hype around it at the […]

Hiii! Welcome to another blog by yours truely Otaku Central, woo? As it’s now September, it means a new school year, which also means more work that previously! However, now […]

The series tells the story of a young girl named Nanami Momozono, who is alone, .abandoned, and helpless. The innocent little lamp makes an interesting encounter with a strange man […]

Yes, the first season. Before I begin, I would like to point out that in regards to the animation of an Anime, K and its series is one of the […]

Hi there, and welcome to another blog! Today’s format will look a little different today. I thought to myself “Maybe I should just write one without worrying about rating” and […]